Our Commemorative jersey has been framed and presented by our founding members to the Doon GAA club. 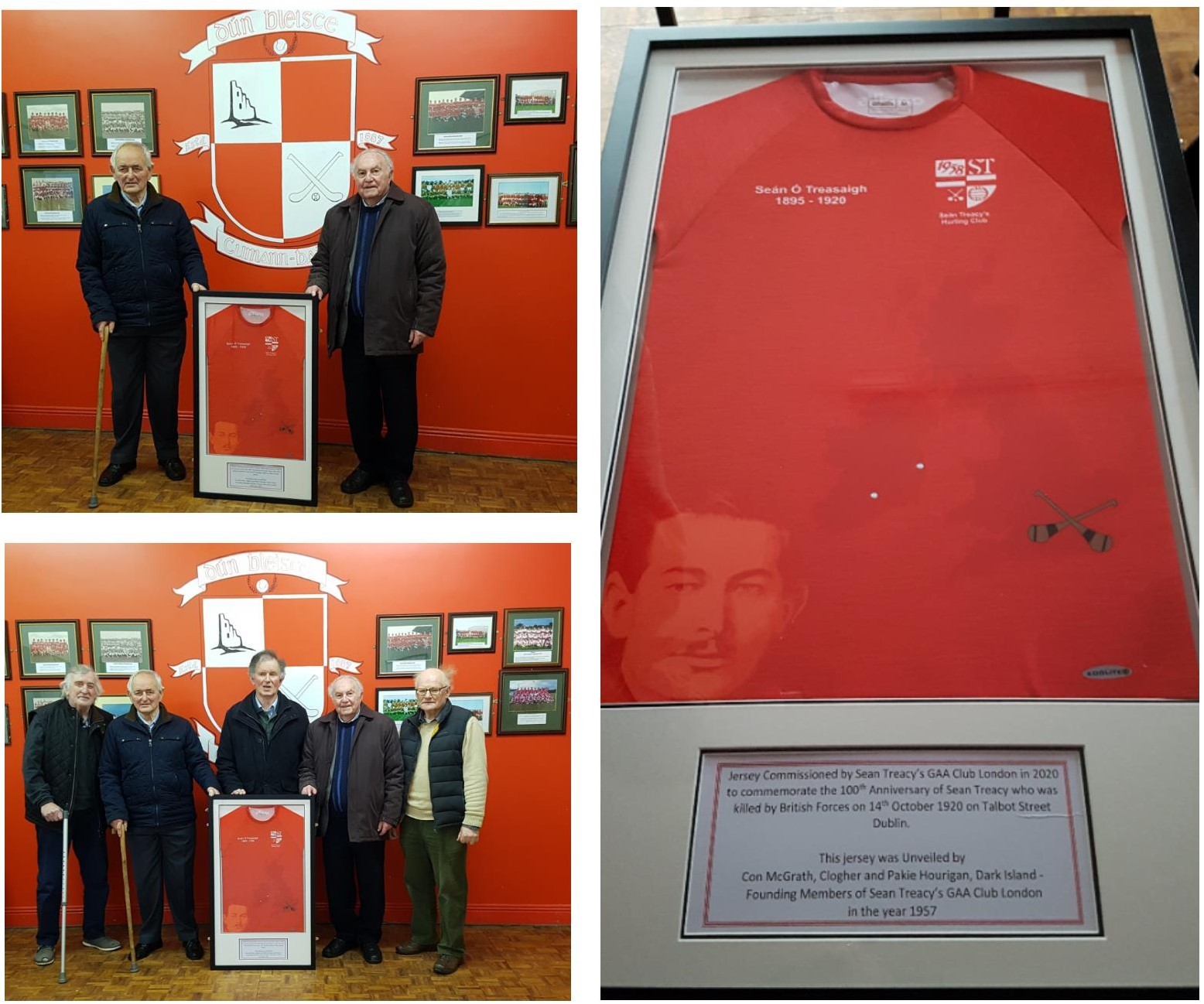 It's great to see our connections to home and with our founding members growing stronger. To see the tweet below was just brill. Many thanks Con and Pakie and all involved.

A lot of work has gone in to that! (We are patiently waiting on our next batch of Jerseys over here!)

Well the smiles in the pics say it all really. Massive th...

Very sorry to hear of the death of Annie (Pat) Maunsell -...

Saddened to hear of the death of past player Eamon Sherlock

It is with regret and sadness that we learned of the pass...

Game Time's almost upon us.... we have dates!

We have been back in training, utilizing the lights at th...

Get live information for Club on the ClubZap App